The Church, Religion, and Scientology

If you’re asking: “Is Scientology a religion – and many were even before it had been incorporated as a church – you might better ask: “What is religion?” Webster defines religion as having been taken from the Latin “religion, meaning taboo, or restraint.” This is a dichotomy of the connotation given the word by Scientologists. Scientology seeks to free man – not to bind him.

The church waits for the body to die before the soul can be freed to be judged and damned.

Scientology seeks to free the soul (thetan) from the current body while the body still lives; to give the thetan freedom to use or discard the body, when and as it sees fit.

The church makes man an effect of a God it cannot locate or identify; takes away from man any self-determined goals beyond the limited ones of today and the hopes of a nebulous tomorrow.

Scientology tries to show that man is a god in his own right, with full power and province over his environment.

The church damns man for things that happened not of his own doing nor under his own control. For example: “The sins of the fathers shall be visited upon the children, even to the third and fourth generations”. Or, Adam and Eve ate of the Tree of Life in defiance of God’s order, therefore condemning all mankind to a life of sin for which he will be individually and eternally punished. Or, someone named Christ died for our sins so that we might have salvation; but if you don’t believe this, you’ll be eternally damned.

Scientology says: “In the beginning and forever is the decision, and the decision is TO BE”. (From “The Factors”, 1953). The sin of sins could be a refusal to recognize your own postulate “to be”, and to accept the implanted postulate that “you can be only be if – “.

The church says God is infinite, yet sits apart in judgment. Infinite out of what? And can an Infinite Being be more infinite one place than another? Some
may argue that this is a haggling over semantics, but if there are no words to describe what is meant by infinity, why has not one been invented?

Undoubtedly, there are many things yet to be learned about man and the multitude of universes in which he has, does, or will exist- we’ve probably only tapped the surface. It may be years before the infinity sign for the Eighth Dynamic – the Figure 8 lying on its side – will stand upright. At present, we accept the fact there is a Supreme Being, but no one yet has had the temerity to restrict him to a finite definition. Not in Scientology, anyway.

The Sad Fate of Lisa McPherson 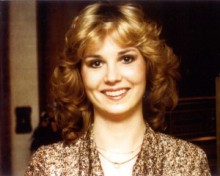 In memory of Lisa McPherson

Scientology: A Passion for Genocide

Disclaimer: Pierre Ethier does not associate with and does not endorse the corporate Church of Scientology.

Pierre Ethier has been recognized as the best auditor on the Planet for over a decade.

Pierre Ethier is dedicated to the practical application of Scientology Philosophy with honesty, integrity, respect and compassion.

Who are the real squiirels

The Sanctuary of Standard Scientology Technology is dedicated to Pierre Ethier: a Flag trained Class XII Auditor honored as The Best Auditor on the Planet for over a decade.

All materials on this web pages, unless stated otherwise are Copyrighted by Pierre Ethier.

The Church of Scientology, Church of Spiritual Technology and their known affiliates, but not limited to RTC, OSA, WISE,...are specifically DENIED the right to copy, or use the materials on those pages in any form.

This page is not endorsed by the Church of Scientology .This Web Page is available in Multiple languages

All information contained, written and/or supplied shall be deemed to be without prejudice and is intended only for general information use.